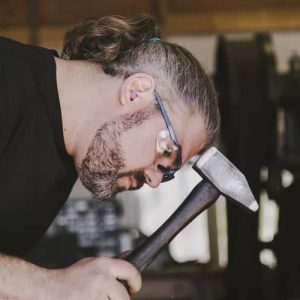 Nick’s interest in metalworking began with a boyhood fascination with knives and swords. At the age of 15 he started working at one of the state’s largest cutlery shops and was introduced to the world of custom knifemaking by local craftspeople. With the combination of books, advice and seminars, Nick developed his skills as a bladesmith and began selling his work under the “Rossi Knives” name. In 2003 Nick’s work was featured in Downeast Magazine’s “10 Cool Gifts from Maine” and in 2006 he began teaching Bladesmithing at the New England School of Metalwork. Nick continued to operate Rossi Knives on a part time basis while employed as a Sales Engineer for a local Technical Fabrics company until he was offered a full time position at NESM in 2011. Nick currently operates Rossi Knives out of his studio in Portland where he creates dynamic, one of a kind cutlery and jewelry. Nick’s work is most influenced by Japanese, Southeast Asian and Scandinavian design as well as literature, fine art and nature. 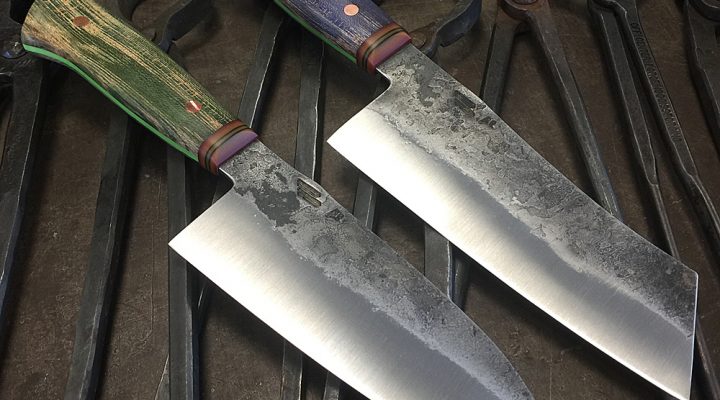 Learn to make high performance kitchen knives from start to finish. Every aspect of the process will be demonstrated and explained in detail from material selection to final sharpening. Each […]