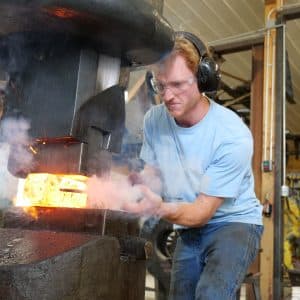 Jordan LaMothe began pursuing his interest in blacksmithing at age 14: taking a class, reading books, and setting up his own forge in his parents’ barn. His interest in making hand tools led him to make his first knife two years later, and knives quickly became his primary focus. After receiving his B.A. in music from Williams College, Jordan began bladesmithing full-time. He makes a wide variety of knives and swords, from “user” knives for the kitchen and field to presentation blades, and teaches regularly at several craft schools. Jordan earned the Master Smith ranking in the American Bladesmith Society in 2021, and was a champion on History Channel’s bladesmithing competition Forged in Fire, season 4, episode 7. Most recently, he has returned from a 9-month Fulbright grant, studying traditional weapon-making techniques in Rajasthan, India. 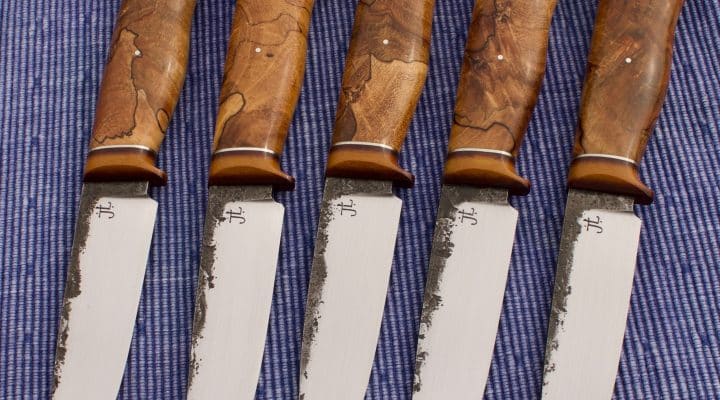 For many custom knife makers, the hunting knife is the bread and butter: the go-to knife that they come back to time and again. Not only is it a supremely […]