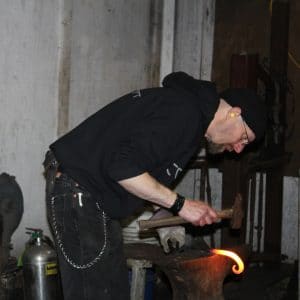 James Viste was raised on a farm in Wisconsin. He received a bachelor’s degree from the University of Wisconsin-La Crosse and a Master of Fine Art degree from Cranbrook Academy of Art in Bloomfield Hills, Michigan. He is a nationally known blacksmithing demonstrator and exhibitor and has participated in several national Ironwork Restoration Projects, including at Cranbrook Educational Community, The Charles Lang Freer House and The Detroit Institute of Arts. He has worked for studios in Minnesota, Wisconsin, New Mexico and Michigan. He is currently the Manager of Edgewise Forge LLC in Sturgeon Bay, Wisconsin.

This workshop will involve the manipulation of steel through a combination of general forging, low relief die-forge production and application with fabrication techniques to create functional/sculptural vessels. The observation and […] 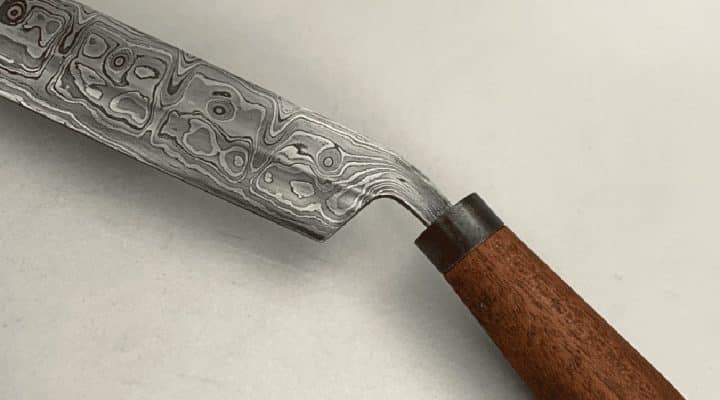 This workshop will provide a general overview of pattern welded steel development history and practice from beginning through advanced. In it, we will cover the re-purposing of materials for billets […]