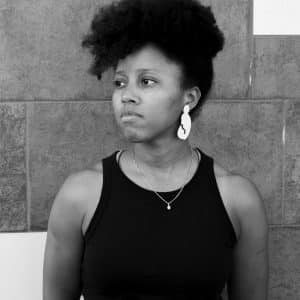 Funlola Coker is a metalsmith from Lagos, Nigeria. In 2007 Coker moved to Memphis, TN to pursue a BFA in Sculpture from Memphis College of Art. Funlola is fascinated by history, the evolution of culture and storytelling. Funlola creates works that call on nostalgic memories and moments of the mundane that are held dear. Coker has taught at notable craft institutions such as Snow Farm: The New England Craft Program and Haystack Mountain School of Crafts. Funlola’s work has been exhibited at Brooklyn Metalworks, the Fuller Craft Museum, Tone Gallery in Memphis and the National Ornamental Metal Museum. In 2020, Coker received the Arts Memphis Arts Accelerator grant, and was a 2022 Thayer Fellowship recipient from the SUNY Rockefeller Institute of Government. Funlola holds an MFA in Metal from the State University of New York at New Paltz.

Participants will investigate metal as a medium for creating flatware through forging. We will cover foundational techniques such as tapering, upsetting, spreading and scrolling to create one of a kind […]