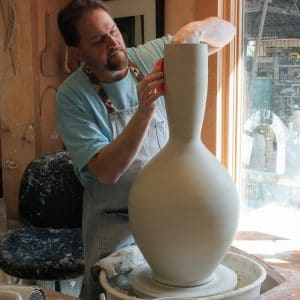 Ben Owen III is an American potter born and raised in Seagrove, NC who uses wood firing and other techniques for making functional and decorative pottery. A sixth generation potter learning from his family, he received his BFA in Ceramics at East Carolina University, a Fellowship in Japan, and was a visiting artist in Jingdezhen, China. Ben’s recent passions have included glaze creation and experimentation for wood firing. “For some pots, I use a four-chambered wood kiln with a firing process of up to four days. The prolonged exposure to ash and heat develops a wide range of color and texture on the clay.” Over the past two decades, Ben has addressed the needs of designers and collectors to create custom works to be installed in a series of premier hotels and public spaces including the Ritz Carlton Hotel in Tokyo, Japan; Umstead Hotel and Spa in Cary, NC; the Mandarin Oriental Hotel in Boston, MA; and Grand America Hotel in Salt Lake City, UT. Many of these vessels are much larger in scale and carefully designed to enhance the hotels’ stunning interiors. Mr. Owen has received many awards and honors, including North Carolina Living Treasure, 2004; and induction into the North Caroliniana Society. 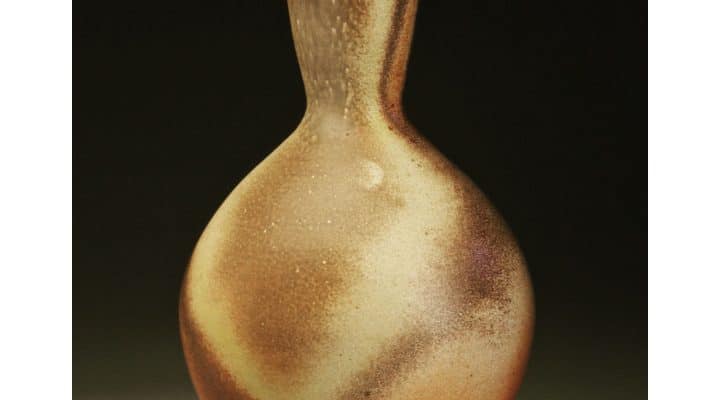 This workshop is a unique opportunity to make your own work alongside one of the country’s preeminent potters. Participants will work at their own pace while at the same time […] 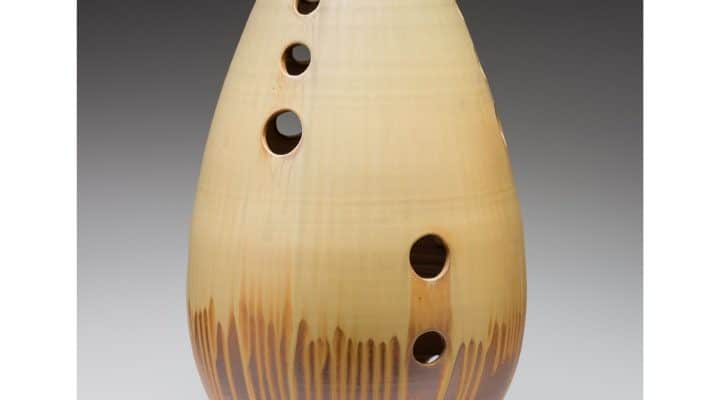 The annual firing of our anagama, “Emily,” has been an important feature of our program for over four decades. For the past 20 years, noted artists from around the world […]