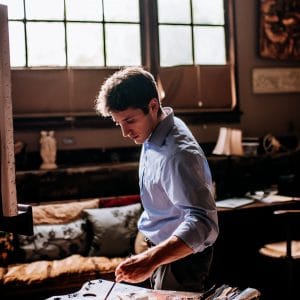 Alexander Shanks was born in Philadelphia, Pennsylvania, in 1996. He began his artistic training at an early age through the classical methods taught by his parents, Nelson and Leona Shanks. He drew extensively in graphite and charcoal, in his father’s studio, while his father painted portrait commissions and other major paintings. Alexander studied at Studio Incamminati in Philadelphia, completing four years of training, while simultaneously taking workshops with a variety of notable artists. He lives in Bucks County, where he paints in his private studio. Alexander regularly visits the museums for inspiration and historical understanding of art. Heavily influenced by classical and contemporary art, Alexander paints portrait commissions, still life and figure paintings through observational creative exploration. Creating pieces that correspond to his own life experiences, Alexander is eager to fuse the traditional and modern forms of art making. Alexander is currently a teacher of realist art and a freelance painter. 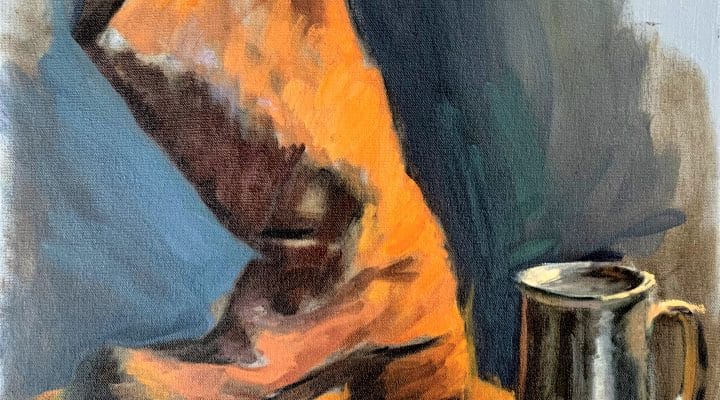 Creating the Still Life with Color

This workshop will cover everything you need to know in order to create a dynamic still life or interior painting. Composition, color, subject matter and design will be discussed in […]