Aislinn Lewis is from Virginia and got started in blacksmithing at a small historic site near her when she was in high school. She also got involved with the local Heathsville Forge Blacksmith Guild, and worked alongside the members of the guild for several years. She then attended the American College of the Building Arts in Charleston, SC, studying with Jay Close and Richard Guthrie, and earning a Bachelors of Applied Science in Ornamental Ironwork. After this she served a five year apprenticeship in the Anderson Blacksmith Shop in Colonial Williamsburg under Ken Schwarz, and now works as a Journeyman smith in that shop. She is passionate about the continuation of the trade and understanding the history of it through studying and applying traditional techniques. 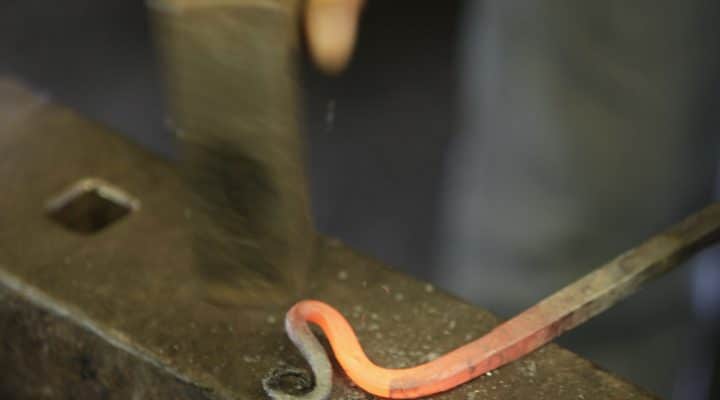 The Art of Hammer Control

The ability to cleanly and accurately shape iron is central to success in the art of blacksmithing. The tools to achieve this goal are numerous, but of primary importance are […]